Back on Red Light Hill this week, bird loving Ranger Chris noted predatory birds active in the area, no doubt responding to the onset of spring and increased opportunity of preying on the young of other species.

Chris was able to identify a Nankeen Kestrel, a Black Kite and a Black Falcon, as well as a Southern Boobook being harassed by smaller birds.

He was also lucky enough to watch a pair of Spotted Pardalotes building a nest right where he was working. 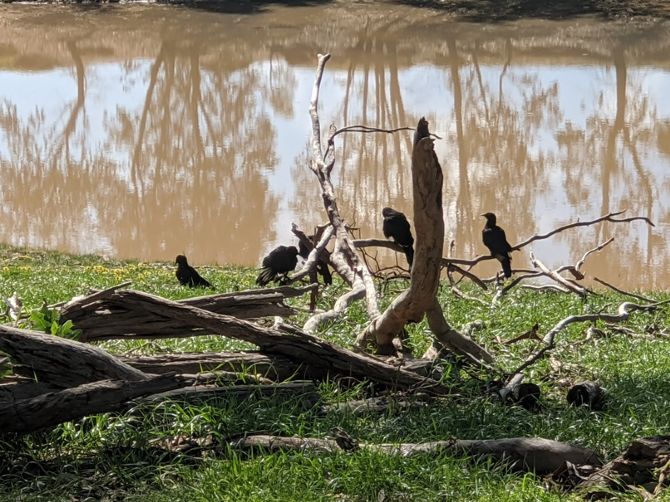