In November 2021, Parklands invited community feedback on plans for public pedestrian access to the Kiewa River in Baranduda via the Chapples Road reserve.

Parklands extend our thanks to all who responded to the survey. 88 responses were received, of which 27 included additional written comments.

The survey set out the four key elements of the proposal and invited respondents to rank their level of approval/disapproval of each element.

Key elements as set out in the survey:

1. Pedestrian access is proposed with boardwalks across two unnamed waterways.  These will involve the hand digging of ten footings.
2. As this area is seasonally inundated, it is proposed to only have a sprayed earthen trail, similar to the popular Kiewa River trail at Killara, which is inaccessible during floods.
3. Restoration works include revegetation along the river with a mix of local provenance species and these same species with provenance from hotter drier climates, as a climate adaptation measure.
4. Maintenance and emergency vehicle access is proposed to be established along the closed section of Chapples Road.  It is proposed to minimise impact by installing 200mm deep rock mattresses over the two unnamed waterways for this purpose.  Safe access for timely spraying and slashing will save volunteer time with mowers and brushcutters, and ensure restoration efforts are maintained as blackberries are controlled efficiently. 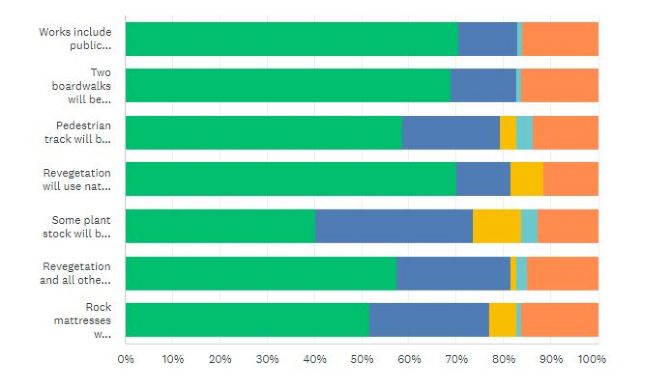 Please view the full report below.