Huon Hill is ideal for bushwalking, sightseeing, picnicking and photography. Come for an hour or stay the whole day. Huon Hill offers a variety of recreational experiences as well as look outs on Huon Hill overlooking the Albury-Wodonga region.

The track names are native trees that are typical for this type of Box Gum Grassy Woodland area, an ecological vegetation community that is on the National EPBC list as Endangered: 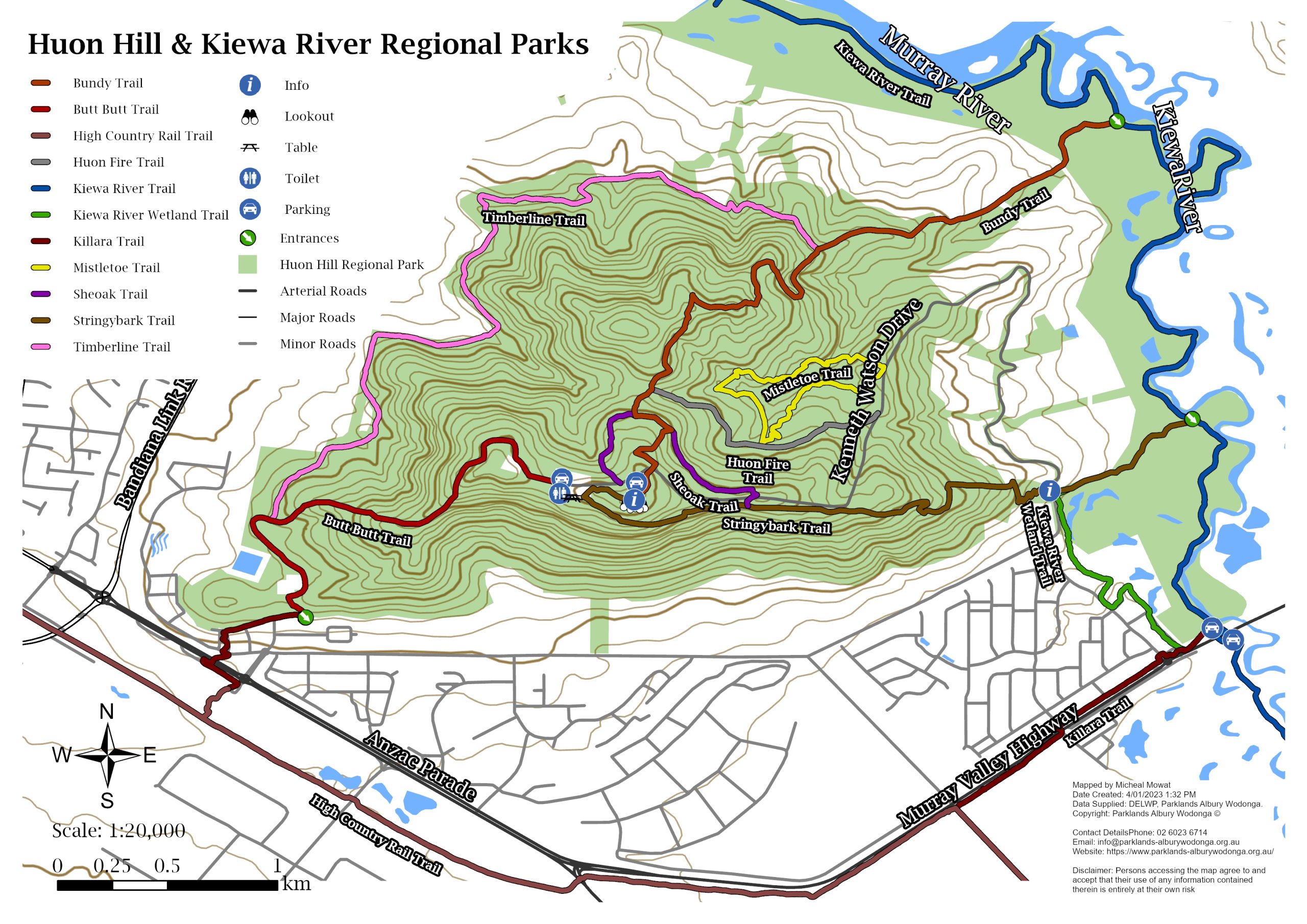 Huon Hill is to the east of Wodonga. Head out Thomas Mitchell Drive onto the Murray Valley Hwy and turn left onto Whytes Road (opposite the Wodonga Sale Yards). At the end of Whytes Rd turn right into Kenneth Watson Drive and this will take you to Huon Hill Parklands

Ancient rainforests – buried under a sea of sand
Before the more recent changes to the flows of the Murray River, the river followed a much broader meandering course right across the valley floor. During winter and spring rain events it covered vast areas of the land with water and with it came large volumes of eroded silt, sand and gravel.
The river regularly changed its course, breaking its banks and cutting its way back and forth across the floodplain, leaving ox-bow lagoons and wetlands in its path. These past river channels can easily be seen from Huon Hill lookout. See this aerial photograph.

Over many thousands of years, the Murray River has transported the sediments from the slowly eroding eastern mountain ranges across its floodplains, eventually burying an entire forest of Australian Red Cedar and other locally extinct plants under 15 metres of sand. The rare Red Cedar, a relic of more wet and tropical climatic conditions, no longer exists above ground in this region. However there are still many examples of well preserved 40,000 year old Red Cedar timber buried throughout the Murray floodplain. Some of this was recently unearthed at a quarry on Gateway Island.

After European settlement, changes were quickly forced upon the Murray River and surrounding landscape. Broad-scale tree clearing and rabbit plagues in the 1800s contributed to catastrophic erosion events, rapidly increasing sediment loads down the river. Then in the early 1900s, efforts to drought-proof the irrigation industry and provide secure water for towns down stream by damming the river, have also come at a great ecological cost.

Soils, topography and the dominant vegetation types
The plants we see today have evolved with the changing landscape and climate. The climate has changed from a wetter and cooler one, to the increasingly hot and dry warm temperate climate we experience today. With climatic changes, so too the plant life here has evolved from water and shade loving plant species to the hardier plants like eucalypts, hard-leaved shrubs and drought tolerant native grasses.
Topography also has a big influence on plants. On the surrounding hills for instance, we have open grassy woodlands dominated by Hill Red Gum, White Box and open grassy areas. Moving down to the lower slopes we have valley grassy forest dominated by Apple Box and Yellow Box. Then along watercourses we have plains of Grey Box and riparian woodlands of River Red Gum, as well as wetlands with unique and important water-dependent plants which act as nutrient filters and breeding nurseries for many organisms.

Not so long ago…

Murray River— lifeblood for people for tens of thousands of years…

The Murray River was the life blood of Indigenous people throughout South East Australia for thousands of years, providing a bounty of food and resources which were able to maintain large numbers of people in numerous groups. We invite you to look at the landscape through an Indigenous Australian’s eyes.

Majestic River Red Gums
See how they line the Murray and Kiewa River below. These trees were very important to Indigenous peoples as their traditional uses included medicine, tools and implements, shelter and supermarkets for food. Young leaves were crushed and boiled for steam baths to treat ailments and the gum was used for burns. Bark was used to make shields, water vessels, shelters and canoes. A contemporary “canoe tree” can be found on the Kiewa Track. A bark canoe was carved from this River Red Gum tree using only stone tools in 2012.

The names given to places on this map gives some idea of how Indigenous Australians view the landscape.  Place names relate to the type of resources found there.  For instance, Killara means “permanent water” which was important during the summer months when the Murray River and Mitta Mitta River used to dry up to little more than water holes. Baranduda meant “water rat”, a good place to go hunting and “Mungabareena” meant “meeting place”.  These names continue to reflect these resources, with Killara continuing to be a popular swimming hole in Wodonga and  Mungabareena Reserve still a popular picnic and meeting place.

After many thousands of years of Indigenous Australians living in relative harmony with nature, Europeans arrived and made drastic changes in a very short time. Many changes to the landscape have been caused by a combination of forestry, agriculture, mining, river regulation and urban development. The lookout platform story boards tell some of these stories.

This hill comprises Box Gum Grassy Woodland vegetation. This type of open country was common pre 1788 but has become a threatened ecological community.  Today our region boasts a strong environmental record, with numerous Landcare, Friends and environmental groups and individuals all acting to reduce their impact on the planet and working to remedy the damage that has been done since 1788.

The first Europeans to see the Albury-Wodonga region
The explorers Hamilton Hume and William Hovell were the first to discover the Murray River at Albury on November 16th 1824. They initially named the river the Hume River, and inscribed their names and the date on two River Red Gums on the riverbank. The Hovell tree can still be viewed today in Hovell Tree Park, Albury. Albury Botanical Gardens have planted clones of the original tree at other historic Hume and Hovell sites around Albury – Wodonga.

Signs of Indigenous occupation and early European settlement remain
There are many things from Albury-Wodonga’s history that have been long lost. However many signs of Indigenous occupation and past European settlement still remain, albeit sometimes less visible to the untrained eye. History buffs might be interested to see local historic sites such as:

The vision – Create a ‘Great Inland City’
In 1973 the Albury-Wodonga National Growth Centre project was conceived and the Albury Wodonga Development Corporation established. It was a bold vision that involved three governments embarking on the building of a new city in the country. The aim was to decentralise Australia’s population, to attract people away from the cities that were becoming congested, even back then. Prime Minister of the time Gough Whitlam, the principal driver of the scheme, declared that “building cities is by far the most difficult, complex and majestic thing that people do.”

Murray Darling Freshwater Research Centre
The Albury Wodonga Corporation established the Peter Till Environmental Laboratory in the 1980s in an effort to study the local rivers and tributaries, and to monitor their flows and their chemical and biological condition to ensure that water quality did not deteriorate as the population grew. This laboratory was further developed and took up a Murray-Darling Basin-wide scope after Commonwealth investment created the Murray-Darling Freshwater Research Centre in 1986. This laboratory still operates today and continues to provide an ecological basis for the sustainable management of Australian surface waters.

Greening the Growth Centre—biggest reafforestation program in Australia
Albury Wodonga Development Corporation planted over three million trees and shrubs, establishing their own nursery in order to produce 150,000 plants each year.
Emphasis was placed on putting trees and shrubs into key landscape connections like creeks and roadsides, in an effort to link the hills with the Murray and Kiewa Rivers and create wildlife corridors. The main species used in the planting program included the eucalypt species of White Box, Red Box, Apple Box, Yellow Box, Red Stringybark, Blakely’s Red Gum, River Red Gum and Ironbark, as well as a variety of Acacias (wattles), native Cypress Pine and Drooping She-oak.

This new land was managed by Parklands Albury-Wodonga, an independent community organization. The best way to protect the environment was to get people to enjoy it and foster community stewardship. Better access was provided to bushlands and to the river environs. Parklands was a leading partner in several large scale environmental and recreational projects, including Huon Hill – Kiewa River, Wodonga to Corryong High Country Rail Trail, Gateway Island, Padman-Mates Park in West Albury and an interpretive centre at the former Bonegilla Migrant Reception and Training Centre.

Thank you to the regional community for investing in excess of $15 million in establishing the regional parklands.

After 14 years of significant landscape scale conservation works to transform this cow paddock into a regional park, Parklands role at Huon Hill has changed. City of Wodonga formally took over the maintenance of this bush park in July 2010.

Parklands continues to implement environmental and recreation projects in partnership with the City of Wodonga. Parklands is also responsible for the crown land around the Huon Hill Lookout area. Interpretive Planning students from Charles Sturt University are currently reviewing the ten year old signage, as a number of other walking tracks have since been established.

There has been a significant community contribution towards the establishment of Huon Hill Parklands. This includes: road upgrading and sealing; by-pass lanes; car parking; composting toilets; barbecue and shelter facilities; and lookout platforms, 7km’s of walking tracks establsihed, fencing, signage and interpretation, and revegetation on the slopes and gullies and installation of 100 nest boxes in the Hidden Valley corridor for the threatened Squirrel Glider species.

Thank you to the Rotary Clubs of Wodonga, West Wodonga and Belvoir for their significant financial and in kind contribution towards constructing the Rotunda and Shelters.   Other significant partners include Wodonga TAFE teachers and Indigenous Community Development Employment Program participants constructing the lookout platforms, compost toilet and many steep, rocky fence lines. 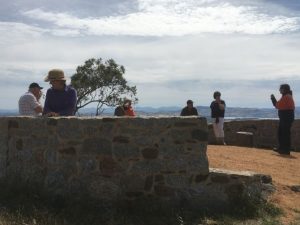 Thanks to the skills of stonemason Bryan Winnett, the iconic lookout at wind swept Huon… 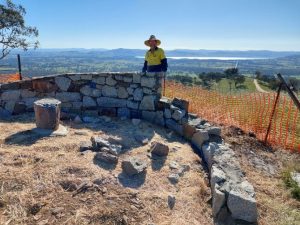 Setting up Gardens for Wildlife on Huon Creek 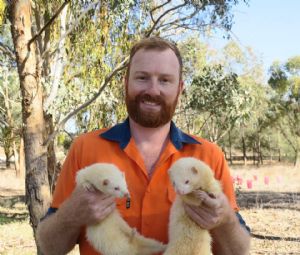 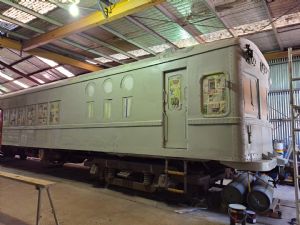 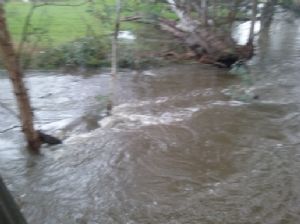 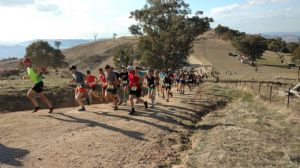 A new shelter, fabricated at the Parklands depot on Gateway Island, is en-route to Huon… 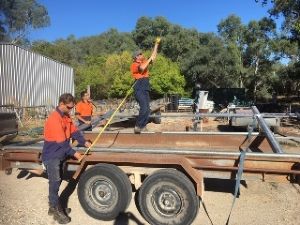 With the end of fire restrictions this week, an environmental burn of the sections of… 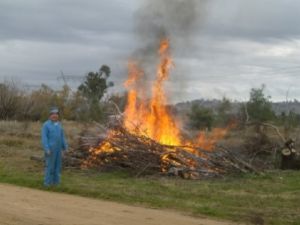 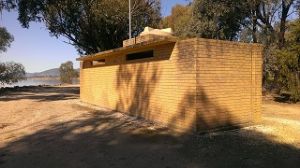 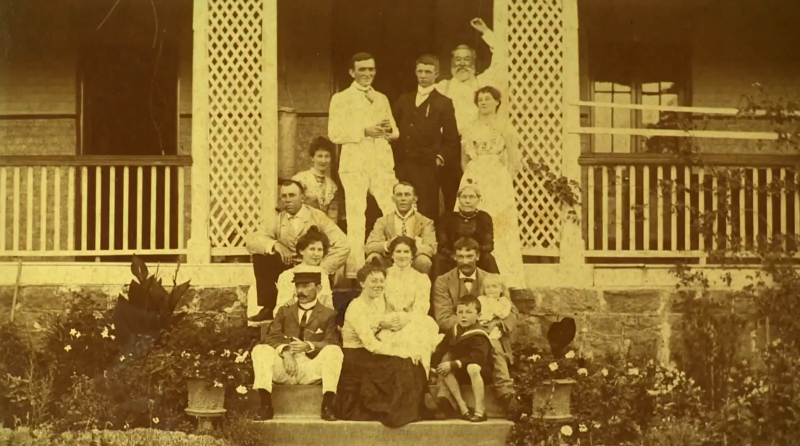