Danny’s Guard Worm brings a huge job down to size.

Danny’s Guard Worm brings a huge job down to size.

Since beginning the job of removing plastic mesh guards from plants on Baranduda Range, Ranger Danny Jones has had possibilities to make the job easier ticking over in his mind.

With several thousand guards to be collected from across a large area and transported back to the Parklands Depot, the plastic mesh guards create a number of difficulties.

Firstly, it is hard for one person to carry many at a time, meaning many trips from paddock to trailer. The guards tend to slip against each other so are constantly popping out from a pile, while their springy nature means they quickly create a great, ungainly bulk. Even tied down, relatively few guards quickly fill a trailer, using time and fuel in transport to unload. Keeping them in a trailer en-route is another issue.

Enter the Guard Worm, Danny’s brilliant solution! A length of fencing wire is cut and a stake tied at one end. Guards are then threaded onto the wire one after another, with the mass of guards pushed tightly together along the wire regularly.

The resulting worm of compressed guards can be quite easily dragged around the site, tied off when required and lifted onto the trailer. The guards are secure, the weight of the worm works to keep the load in the trailer, and many hundreds more guards can be transported at one time. Danny estimates each trailer now takes ten times the number of guards than was previously possible. 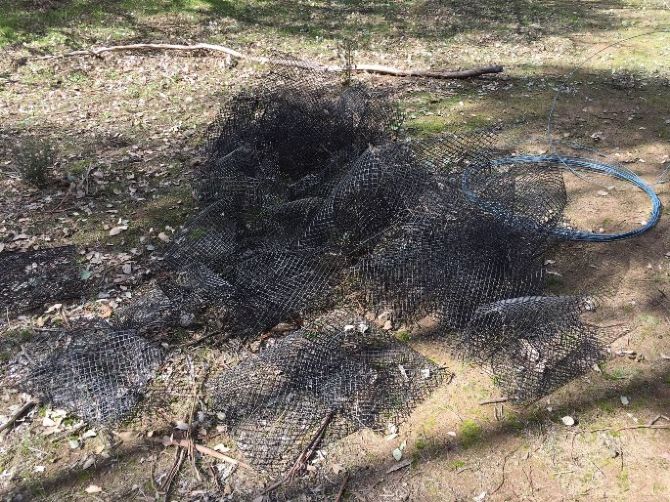 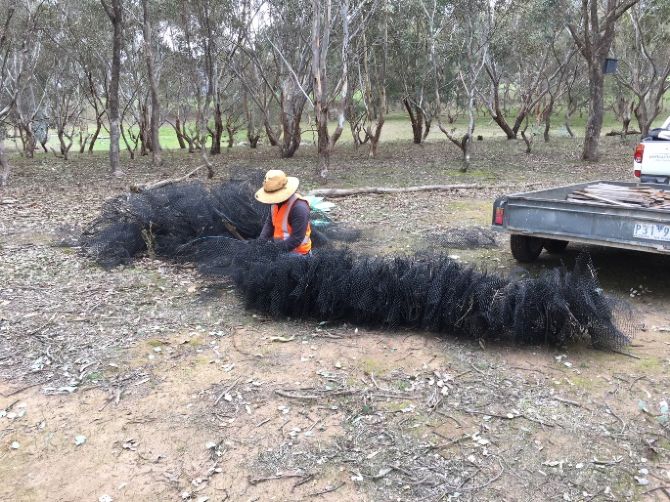 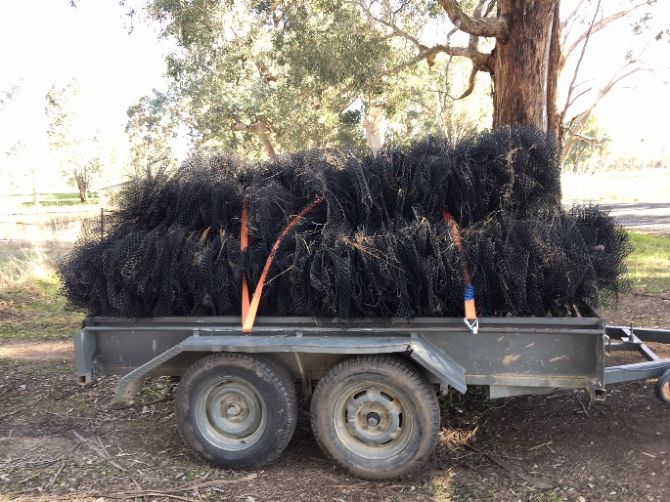