Fishy Fun Run proves to be a favourite once again

Fishy Fun Run proves to be a favourite once again

Despite some inclement weather in the lead up to the 2014 Fishy Fun Run and Half Marathon, the tracks dried out just in time and the event went ahead as planned. Due to a scheduling clash with another fun run in Albury, numbers were slightly down on last year’s event. However despite the slightly smaller field, the feedback from participants on the day was that the unique opportunity to run alongside such a beautiful stretch of river was one not to pass up, with many people already having scheduled the 2015 run in their diaries.

In the 21km Half Marathon event, the runners started out at a cracking pace, with the two leaders powering past the stock bridge hallway point at around the 44 minute mark. It was obvious that the Half Marathon was a race between the two front runners of Terry Burgess and Gary Luck, as there were a few minutes between the two leaders and the eventual third place getter Wayne Williams. The last half of the marathon course saw a tussle between the two leaders, with Terry Burgess winning the battle in a time of 1:23.16. Gary Luck came in 1 minute 15 seconds after Terry, and Wayne Williams was a further 7 minutes 19 seconds back in third place.

The 12km field got underway 30 minutes behind the Half Marathon runners, with the leading group quickly sorting out their positions while negotiating the first few bends along the Kiewa River. The damp conditions saw the pace drop a little from last year, and at the 44 minute mark spectators saw the leader of the 12km event come into the finishing straight. Sam Mallon managed to hold off strong finishing Paul Butko to take out the 12km event, winning by a margin of only 44 seconds. Alexander Hector came in a close third a further 26 seconds back.

The 6km event kicked off at 10am, with some competitors jostling for the lead from the word go, whereas others preferred to meander along the river at a more relaxed pace, taking in the views and admiring the iconic PS Cumberoona paddle steamer, which is dry-docked on Wodonga Creek and getting some much needed TLC. The 6km results turned out to be a family affair, with the Bass family taking out first, second and third. Bronte Bass was the winner in a time of 32 minutes 29 seconds. Sophie Bass was a close second just 1 minute 12 seconds behind the winner. Third went Georgie Bass who was just one second behind Sophie.

Congratulations to all the participants in the event, we trust you all enjoyed the run and hopefully you had time to have a breather and take in the great views along one of our beautiful regional parklands. The event will be on again in 2015, stay tuned to our website for the date and we hope to see you all again next year.

A huge thank-you to all the volunteers whom once again were vital in making this event a success. Without your help and dedication the event would not go ahead. Thanks also to the private property owners for opening up your gates and letting the runners through your paddocks. A final thanks must go to our event sponsors, Riverside Estate, Wodonga Council, Dysons Bus Lines and North East Water; your contributions were greatly appreciated and we hope to continue our relationship for next year’s Fishy Fun Run. 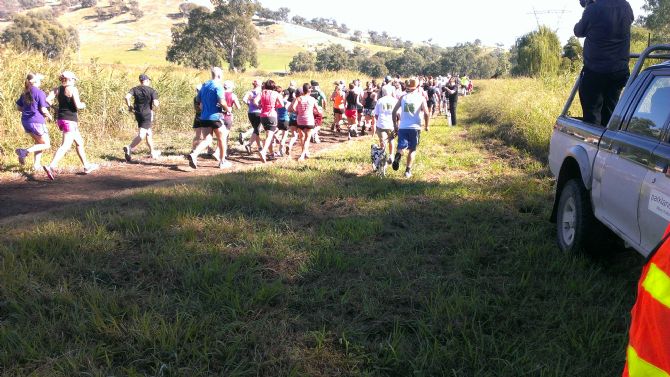 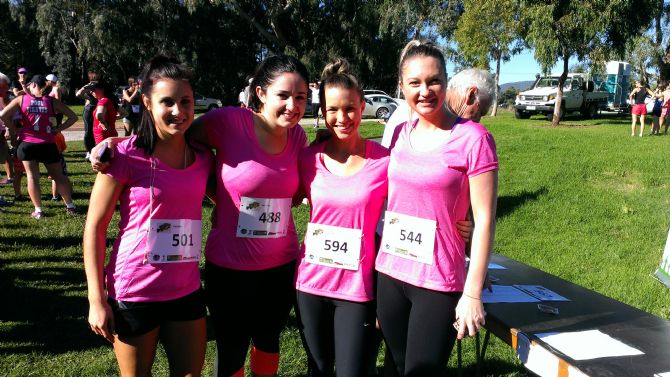