This week Parklands Rangers and volunteers put themselves under the supervision of bushman Terry Cockayne to achieve a feat which has proven too diffcult until now: the repair of the lifted concrete on the Gateway Island walking track.

After the concrete lifted in the floods last Spring, a number of options were explored to fix the problem. All were either too damaging to the site or too expensive. Thankfully Terry’s old-fashioned bush skills were equal to the task.

Using treated pine posts as rollers, along with crowbars and muscle, the concrete was rolled aside to allow access to the tree roots beneath. These were removed and the site carefully levelled again before rolling the concrete back into place. The final touches have been completed with the repair of the edge of the slab, leaving the track as good as new.

Well done all and many thanks Terry for your willing expertise! 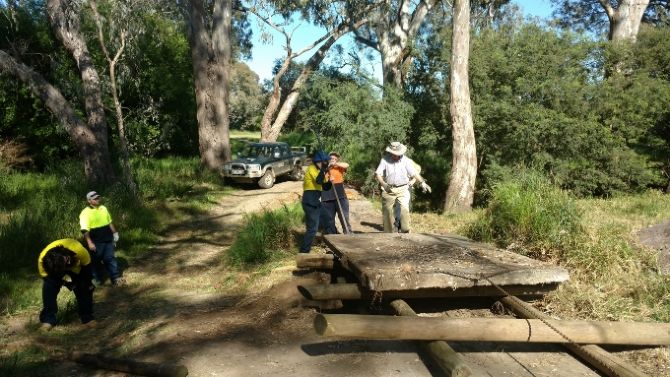 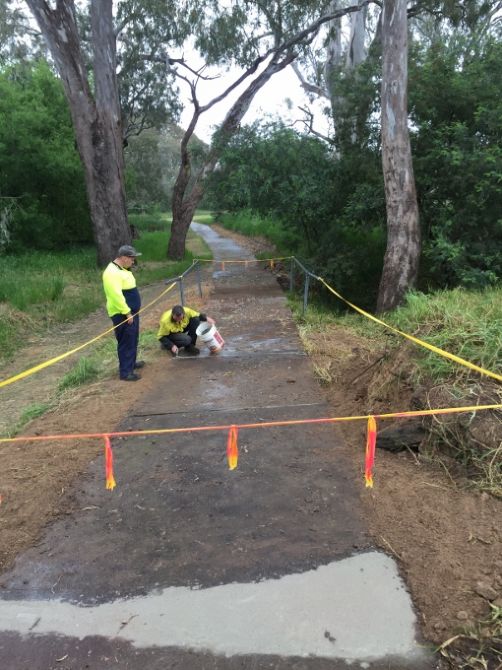