The thought of wrestling huge piers and beams into a massive structure requiring precision engineering in the middle of a paddock would not enter most people’s minds on a weekday. Yet this is just what the Tallangatta Action Group (TAG) Rail Trail volunteers have been doing out at Bullioh in the past weeks.

The restoration project requires demolition of the old white-ant damaged structure and construction of new trestles and infrastructure to bring the bridge back into use on the Tallangatta Rail Trail. The reconstruction work is utlising reclaimed materials including the original bridge steel, Bluegum posts from nearby forest coups, and milled local Redgum timber. The construction involves both modern equipment- chainsaw and Lucas mill – as well as old tools including broad axe and adze. The pier and cross-head trestles are put together and braced individually on the ground, then lifted into position and bolted onto new concrete footings.

Dry Forest Creek Bridge will be the 4th bridge reconstructed on the rail trail, and it’s completion – hopefully before the end of this year – will mean the removal of the biggest obstacle to completing the trail. Edgars Rd, Darbyshire and Peterkins bridges have already been restored.

The project is supported by stalwart local volunteers; farmers, rail and bridge enthusiasts. It has also attracted volunteers from far and wide, as hands on experience in the craft of restoring these types of  timber bridges is hard to come by. It is good that they are keen, as these trestles have only brought the project to the edge of the creek bed; the really tall trestles are next on the list! 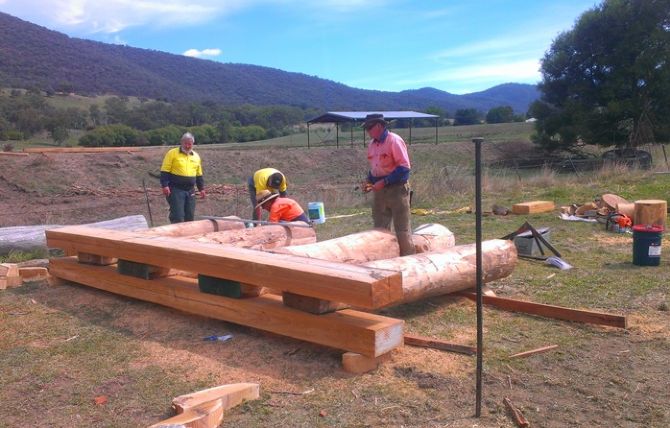 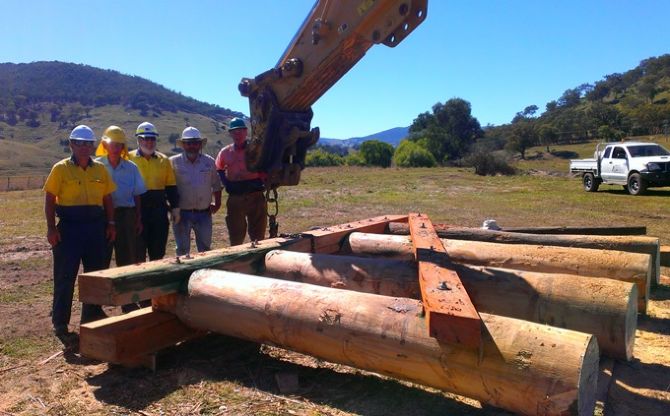 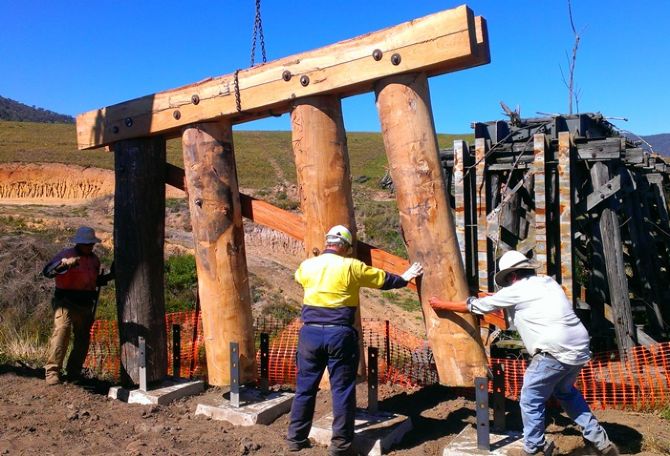 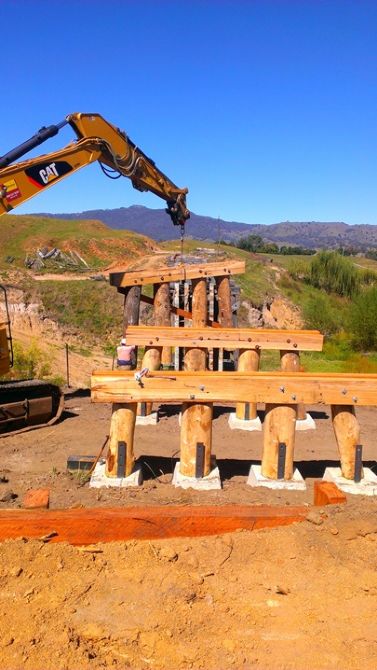 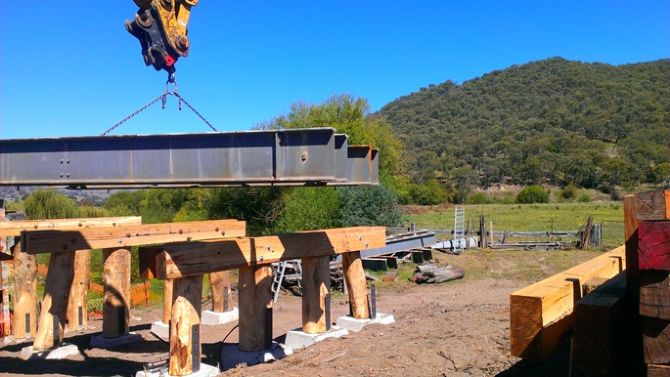