Quite a crowd gathered as the rain cleared over Gordon Craig Park for the Green Army Graduation celebration today.

Parklands staff, Conservation Volunteers Australia staff, Wodonga Urban Landcare Network members, the Mayors of both Albury and Wodonga, family and friends came to congratulate team members on their achievements as they graduate from the program. Members of the Landcare and Friends groups who worked alongside them expressed their appreciation for all of the work the team have undertaken, which have made such an obvious difference to the state of Wodonga’s parks.

Chelsea Kennedy, Brendan Hart, Chris Hughes, Jimmy Schipper, Chris Fuery, Kyle Fredricksen, Alisha Mercer and Bethany Gillard have formed a tight-knit team over the course of 6 months working on projects in Albury and Wodonga. With the guidance of supervisor Kim Radnell of Conservation Volunteers Australia, the team tackled woody weeding, planting, landscaping and mountain bike track building amongst their tasks, walking hill and dale and lugging a mountain of gear to various jobs, learned how to work and how to pull together as a team, and gained accreditation in skills like chainsaw operations, safe chemical use and workplace health and saftey.

Ian Wilson of Conservation Volunteers Australia described the team as a “shining example” of the potential of the Green Army.

We congratulate each and every graduate and wish all a fruitful journey within the community of those who make things happen! 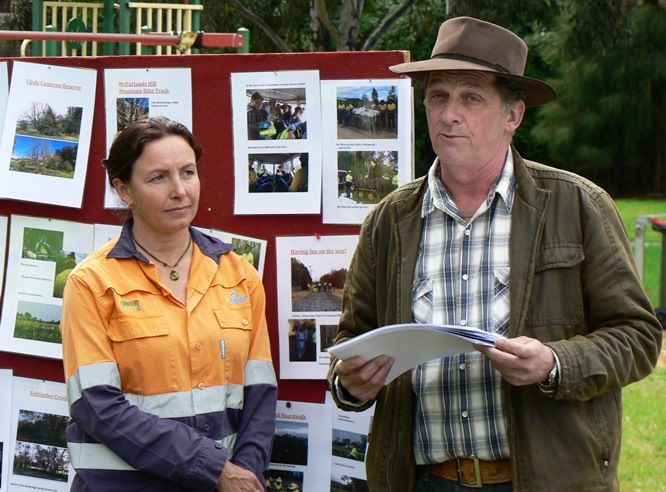 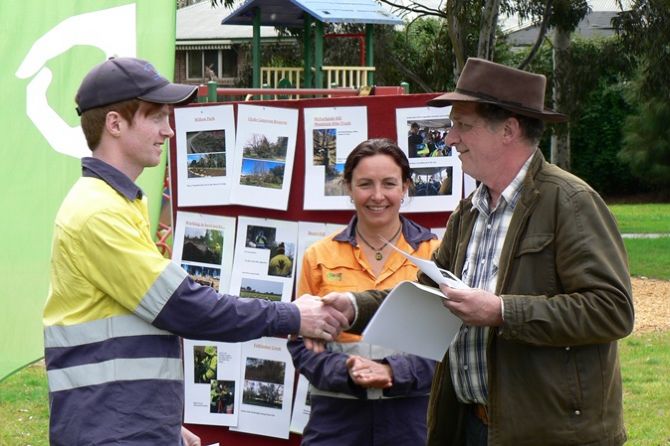