Back in 2017 Parklands expanded our niche trail running events into the Riverina Trail Running series and Murray Marathon Running Festival.

Taking full advantage of the scenic bush parks surrounding Albury Wodonga, a variety of trails and distances offer something for every runner. From flats by the Murray river to the tough slopes of the Albury Ranges and lofty heights of Huon Hill, our trail runs provide an exciting range of grades in different combinations.

This has proved popular, with annual run entries more than doubling since 2017.

In the 2019 season, 305 runners joined the 5 races of the Riverina Trails series, with some people competing in every race. The gender gap is narrowing, with women comprising 47% of runners.

Ages were also well represented, with runners from under 13 to over 70 years checking in to the series. Close to 40% of entries were aged between 18 and 39.

Interestingly, almost 60% of runners had travelled from outside Albury Wodonga postcodes, reinforcing the message that quality outdoor events attract people to the region, with all of the attendant benefits to local business. 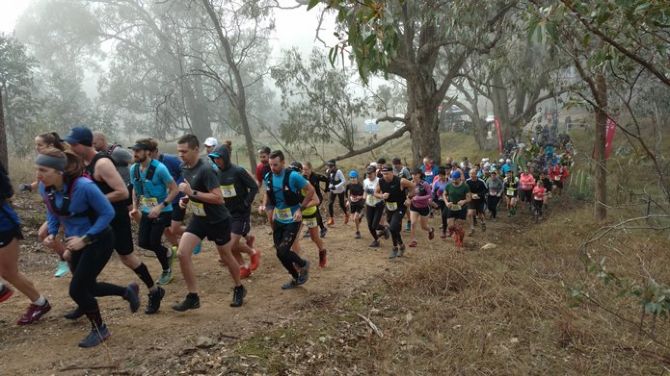