The event was held at Willow Park, where this particular team have contributed a huge amount of labour to the upgrade of facilities and planting of new beds. Members of the Friends of Willow Park group expressed their great appreciation for the enthusiasm shown by these young people and the power of work achieved in the park.

Representatives from Parklands, the Wodonga Urban Landcare Network, Baranduda Landcare, Wodonga TAFE and Council attended to thank the team for their work restoring habitat in the urban parks and along Wodonga’s waterways. All agreed that the effect of having such an injection of youthful vigour lifted the spirits of community volunteers immensly and made the impact of community landcare works much more visible to the general public.

For their part, Green Army participants expressed their appreciation for being able to contribute positively in the community. As Jake said “It’s great to be able to look back on your day’s work and see that you’ve really made a difference”.

We wish all of our Green Army participants all the best on their pathways from here. 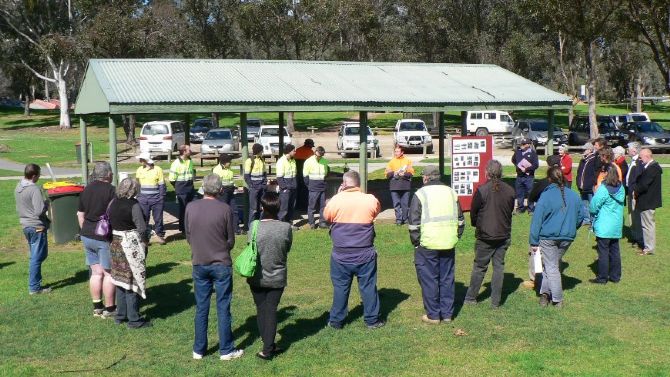