Returning to the Upper Murray, Parklands Ranger Micheal Mowat reflects on the changes in landscape and community.

It’s been nearly two years since the Black Summer fires of 2019. Most of my experience of that time was being holed-up indoors away from the suffocating smoke. The people of the Upper Murray however, were right in the middle of the fires themselves.

Parklands has been doing bushfire recovery work in the Upper Murray for the last few months, with myself a part of the team. Although I remember the smoke and the news, it was very easy to move on for me after the fire season had passed. In the Upper Murray, people, business and life has also moved on. However, it is very clear that the Black Summer has left a lasting effect on the land, the community and the people.

Standing in the Cudgewa Valley doing recovery work one day you can see that the sky is a deep clear blue and the grass is a vibrant green. However, the mountains on every side are still black and grey.

You expect to see signs of regeneration regrowth as at other bushfire sites, and there is. Yet, two years on, you would expect more. Many patches of once forested hills now lie bare, with some species resprouting and others yet to reappear.

Much of the community and people have fared much the same. New fences now criss-cross the landscape. Burnt out farming equipment and ruined homes can be seen dotting the countryside. There are some rebuilt homes and sheds, some of them quite impressive. However, many homes are now temporary in nature, roads suffer from increased erosion and some wreckage is unrecoverable.

Many of the creeks and gullies have been transformed by sudden and aggressive erosion creating some of the softest ground I’ve ever seen. There is plenty of rebuilding, renewal and hard work going on, however, there is still much left to do.

But the people have been the most fascinating part of it. Despite being faced with one of the most catastrophic events in recent Australian history, no-one has been broken by it. Most have been focused on rebuilding and regenerating. Like the landscape, they show the signs of resilience and regrowth.

Their tenacity has shown me that no matter how dire things may seem and how much is lost there is still hope for renewal and regrowth. 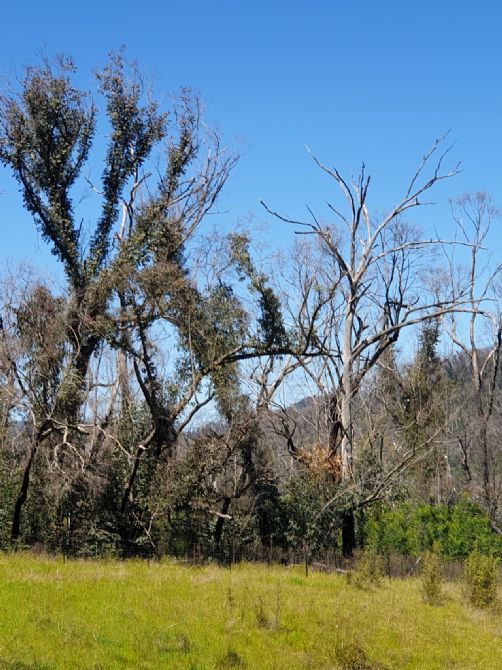